The new Tottenham Hotspur Stadium is currently being constructed!
We show all televised matches on SKY and BT
Join us at the Antwerp Arms throughout the season for Premier League fixtures, Domestic Cup games and Champions League matches.

As Tottenham’s community “country pub” it’s only fitting that we play host to the beautiful game. 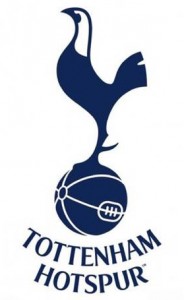 Generations of fans have stopped at the Antwerp Arms on the road to glory, or at least to White Hart Lane. This was recognised by both the Club and the Supporters group during the successful campaign to save the building from development and ensure that fantasy football managers for years to come will be able to pause for a pre-match pint at Spurs favourite pub.

“As a Club with strong ties to its local community and fan base, we recognise the important role that the Antwerp Arms plays in terms of providing a popular meeting place for supporters on a matchday, as well as being part of the area’s heritage.

“The Club, along with our Supporters Trust, is therefore delighted to have shown its support for the Antwerp Arms Association.”

The Antwerp Arms welcomes Spurs fans young and old as well as visiting fans in the true spirit of the game.